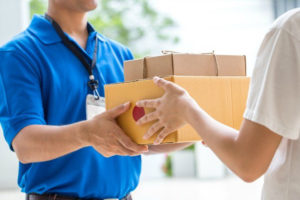 Buried amongst the Federal Budget announcements was a concerted attack on the black economy that will affect most cleaning and courier businesses across Australia.

From 1 July 2018, the taxable payments reporting system will extend beyond the building industry to cleaning and courier businesses. This means that these businesses will need to report payments they make to contractors (individual and total for the year) to the ATO.

The building industry has had this form of “enhanced reporting” since 2012-13. The result was an additional $2.3 billion in income tax and GST liabilities collected through voluntary reporting in the first year alone.

The first annual report for affected cleaning and courier companies is due in August 2019.  The types of information reported to the ATO about contractors include:

The extension of the taxable payments system was a recommendation of the Black Economy Taskforce.

With the black economy estimated to be worth around $25 billion per year (or around 1.5% of GDP), it’s unlikely that the taxable reporting system will be limited to just the building, cleaning and courier industries.

In its report to Government, the Taskforce recommends the further expansion of the system to include labour hire, owner-builders, the home improvement sector, and IT contractors.

But, it’s not just the value of the black economy itself that the Government is targeting; the Taskforce’s report suggests that, “Paying cash-in-hand wages is usually accompanied by the business not reporting all its income …” In effect, by bringing compliance into line in one area, underreporting and evasion in other areas also improves.

Interestingly, you would assume that the shift towards a cashless society would reduce the impact of the black economy. After all, according to the Reserve Bank of Australia, cash accounted for about 70% of consumer payments in 2007 and nine years later the proportion has fallen to under 40%. The type of cash circulating also suggests that it is not consumer demand alone with 92% of the value of cash in circulation composed of hundred and fifty dollar bills.

Technology however is an opportunist. A cashless society does not mean that people will not find a way to rort the system. This is why the Budget also announced an immediate ban on the manufacture, distribution, possession, use or sale of sales suppression software.  This technology enables businesses to understate their income by untraceably deleting selected transactions from electronic records in point of sale equipment.

We’ll bring you more details once the detail of the expansion of the taxable payments system has been released.